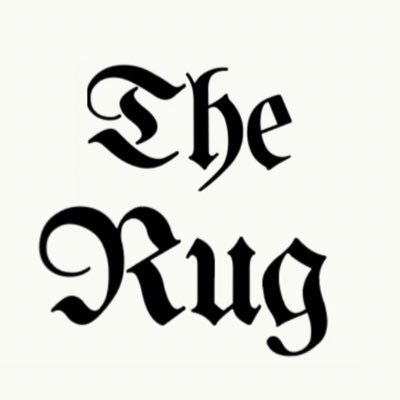 The Rug, initially ‘Top Signal Satire Site’ spun up out of the BanklessDAO. A group of comics pooled together and ‘chopped peanuts’ to figure out what to ship, and how to brand it. After some deliberation on ‘The Rug Pull’, the third word was clipped, and The Rug was born.

We were pleased to see our first edition sell out in <48 hours. It appeared as if there was an appetite in the Web3 world for comedy. Our goal was fairly simple:

We chose mirror as our launch platform because it’s truly decentralized (unlike OpenSea), and perhaps more so because it has a literary-vibe, which felt like a proper house for a periodical. Lastly, its Web3-tools allowed us to mint a custom ‘split’ contract, and drop that into a ‘limited edition’ NFT, which allowed The Rug to make an even distribution to its team members, with a cut back to the BanklessDAO Treasury.

Link to the mirror contract.

Our general excitement revolved around the notion that CT loved a good comedic thread, and our rag supplied that, for free, with an added Web3-style option to collect a limited 1 of 69 NFT. Our first tweet pulled in 205 likes, and 111 RTs (as of this article).

We were all chatting about how NFT dissenters had this whole ‘just a jpg’ attitude about this new hot trend that blew the roof off 2021. To us it was sort of fascinating how people couldn’t see why thousands of re-printed Van Goghs, showing Starry Night sold for $37 on Amazon, but the original, which is housed in NYC, at the MoMA, was valued at over 111 M. So we were sort of ‘cut up’ by this idea of The MoMA going out of business due to a ‘Right-Click Save As’ attack, and decided to run that as our first feature article.

As with anything, the first accomplishment is usually the most convoluted and difficult. Over the following several weeks, we began to iron out our process, get used to voting on jokes in polls, tweaking material, and just getting to know one another a bit more.

We’re not really sure where it goes from here (ahem, up only), but are eager to find out and have some solid ideas. Perhaps, if you’ll permit an anachronistic metaphor, we are like a wanderlust and worn-out traveler wandering up to a dimly lit inn after close, softly knocking on the door, and humbly requesting a room, with the hope to share in a warm drink and spin a yarn or two, for those fellow travelers on this dusty road-less-traveled.

Oh, and our special Holiday Edition, is still available.